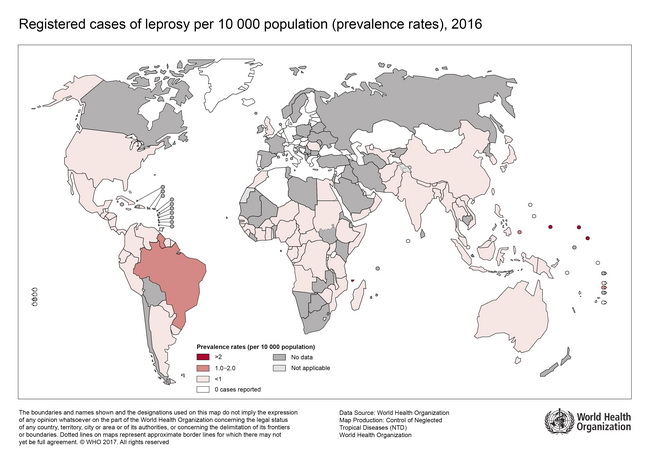 Comments:
Leprosy is endemic in the tropics but is found worldwide due to travel and migration. The global disease burden has been progressively decreasing for the last few decades. In 2016, the countries with the highest prevalence were India, Brazil, and Indonesia, followed by some African countries. Two-thirds of all new cases of leprosy are diagnosed in India. References:World Health OrganizationCenter for Disease Control