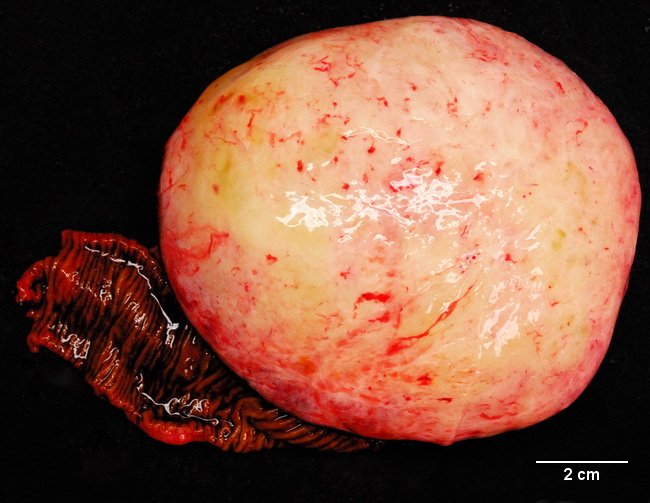 Comments:
Fibromatosis is the most common primary tumor of the mesentery. Most cases arise sporadically. Some cases are linked to FAP/Gardner syndrome, surgical trauma, or hyperestrogenic states such as pregnancy. The most common location is the mesentery of small bowel (as in this case); other locations include ileo-colic mesentery, gastrocolic ligament, omentum, and retroperitoneum. The tumor may be discovered incidentally during surgery for some other reason or present with abdominal mass, gastrointestinal bleeding, or intestinal perforation. Grossly, the lesions may be well-circumscribed (as seen in this example) or poorly demarcated. They are large with a grayish-white, rubbery, coarsely trabeculated cut surface. Image courtesy of Steve O'Connor, MD, Houston, Texas. Used with permission