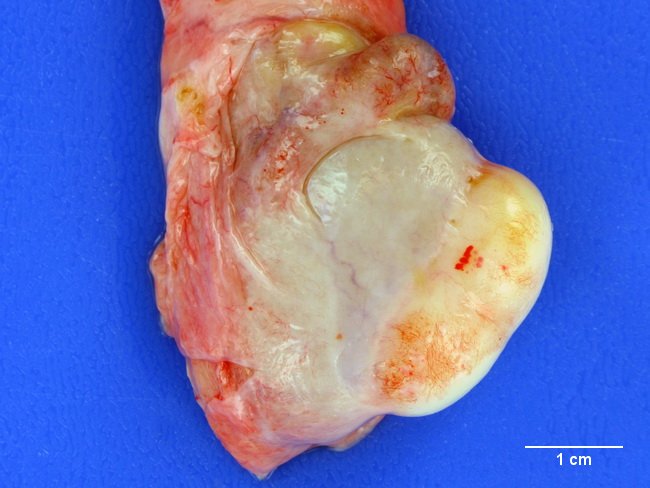 Comments:
Orchiectomy specimen showing a smooth surfaced nodular mass attached to the anterolateral aspect of the testis. The consistency was firm to hard. On sectioning, it was composed of homogenous yellow-white areas with foci of calcification. The lesion was attached to the tunica and did not encroach on the testis. Sections revealed hypocellular hyalinized fibroconnective tissue with areas of calcification. This appearance is not uncommon in lesions of long-standing. Some cases may show ossification and sclerosing lipogranuloma-like changes.