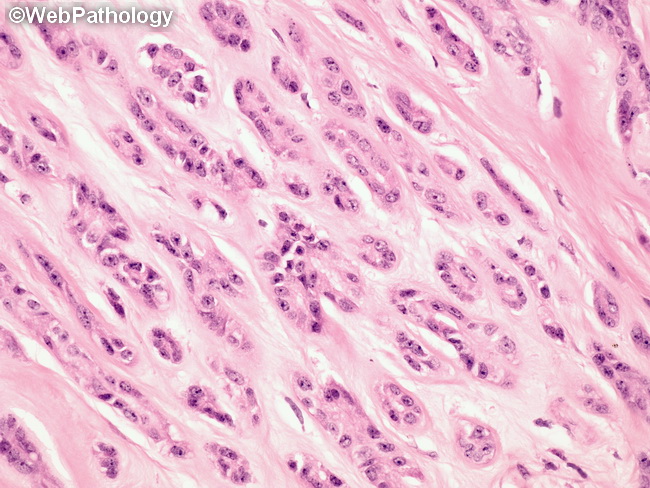 Comments:
Some cases of Sertoli cell tumor (SCT) have prominent hyaline fibrosis. The cellular component, which makes up less than 50% of the tumor, consists of compressed cords, trabeculae, small nests, and solid tubules in dense collagenous stroma. This so-called "sclerosing Sertoli cell tumor" is now considered to be a morphologic variant of SCT rather than a separate entity. Like Sertoli cell tumor, NOS, the sclerotic variant also shows frequent mutations in CTNNB1 gene and nuclear positivity for beta-catenin. The clinical features are similar in both variants; however, the sclerotic variant appears to have a slightly better prognosis.