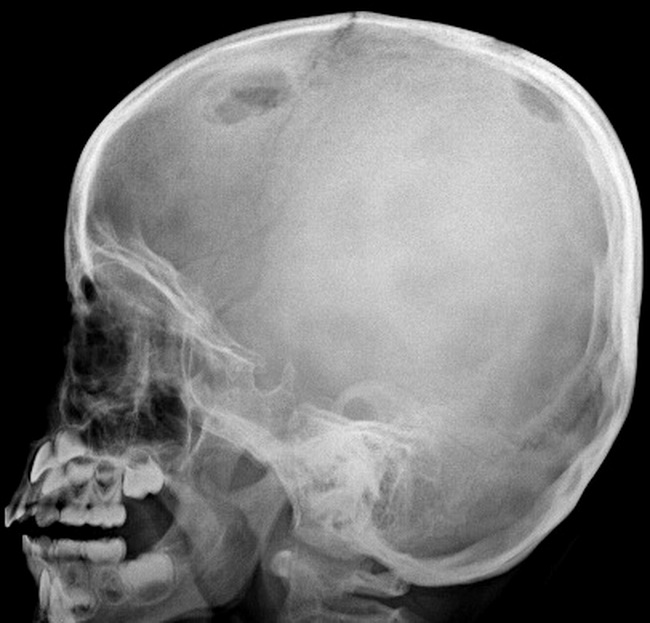 Comments:
Langerhans cell histiocytosis (LCH) is a group of rare disorders characterized by neoplastic clonal proliferation of Langerhans cells (LCs) in multiple organs and systems. It is now considered to be an uncommon type of a myeloid neoplasm. It has a wide age range, from newborn to the elderly, although most cases occur in 1-5 yr. age group. LCH can occur as a single-system disease (usually bone or skin) with unifocal or multifocal lesions or it may be a multisystem disseminated disease involving multiple organ and tissues. Typically, there is bone involvement, and less frequently, the lesions are found in lungs, liver, spleen, bone marrow, lymph nodes, skin, and mucosae. LCs are dendritic mononuclear cells that are normally present in the epidermis, mucosal sites, lymph nodes, and bone marrow. Their function is to process and present antigens to T cells. LCs are characterized by expression of CD1a, langerin (CD207), and S100 protein and the presence of Birbeck granules by transmission electron microscopy. Activating BRAF V600E mutations have been found in 55% to 60% of cases. Different clinical presentations of LCH were previously considered to be distinct entities and referred to by a variety of names, including histiocytosis X, eosinophilic granuloma, and Langerhans cell granulomatosis for solitary lesions; and Hand-Schuller-Christian disease and Letterer-Siwe disease for multisystem involvement. They are now considered to represent the spectrum of the same disease process and are referred to simply as LCH. About this image: This plain x-ray of skull is from a 5 y/o female who presented with multiple soft tissue swellings on scalp, fever of unknown origin, gait difficulties, and painful limp. There are multiple well-defined, punched-out osteolytic lesions with scalloped edges in bilateral parietal regions. See CT in the next image. The diagnosis of LCH was confirmed on a biopsy. Case courtesy of Dr Prashant Mudgal, Radiopaedia.org. From the case rID: 28345